It was around 1995/1996, when my eyes, teenagers and full of confidence, were abducted in the increasingly strange, morbid writing done with spray cans I saw scattered around.
I started to understand a little better what they were during the early years of high school, when I would stop to stare down cars while the train was waiting to go to school and the first sides that were seen in the first city hall of fame.
Then there was all the information available now, especially in a small town of the province of Veneto, but falling in love was enough to discover and understand what there was to see in ‘ 96 and I officially started to dive into the world of writing, or, as fashionable to say now, graffiti, for instance.
Whole afternoons spent in painting, shirtless in the Sun in August and harnessed up eyes and with cut wool gloves, in winter.
Things I could tell you about those moments are beautiful and infinite, but would not be consistent with the “topic”, so I gag and melancholy do I short. 🙂
Already at that age my city I was close, I was hungry to explore, to learn more and yelling at the top of his lungs that I exist therefore I started to spin a bit here and there, to meet people and new situations in other regions of Italy and study the first magazines dealing with graffiti and Hip Hop, and always in those yearsI started to do rap and to purchase the first cassette demo to get a culture about styles they had in other cities of Italy.
There were some writers that I liked really a mess; among the various, some “Bean” in Milan which was also very good rap under the name “Lord Bean”. A value added, two things in common, an excellent source of inspiration.
At that time beginning to take their first steps with the graphics and realised, with a friend and fellow art, a magazine on CD-ROM. Involve several artists scattered everywhere including Bean, who sends us a photo and sketches which … Hello!

But what does all this long introduction to the subject of the article?
Does all right because these days I have had the pleasure to take part in a workshop in a limited number of urban calligraphy in unbeatable FAN base, Navigli water Festival, aboard a pontoon specially prepared, here in Milan.
And you know who was our teacher in these four wonderful days? Luca Barcellona, namely Bean! 😀
Luke is now a singer 360 degrees of subparagraph (a), one of the best-known Italian calligraphers, holds lectures and conferences around the world and is a member of Lazy Dog, the publishing house came out also his first monographic book that collects the works of the last ten years: Take your pleasure seriously. 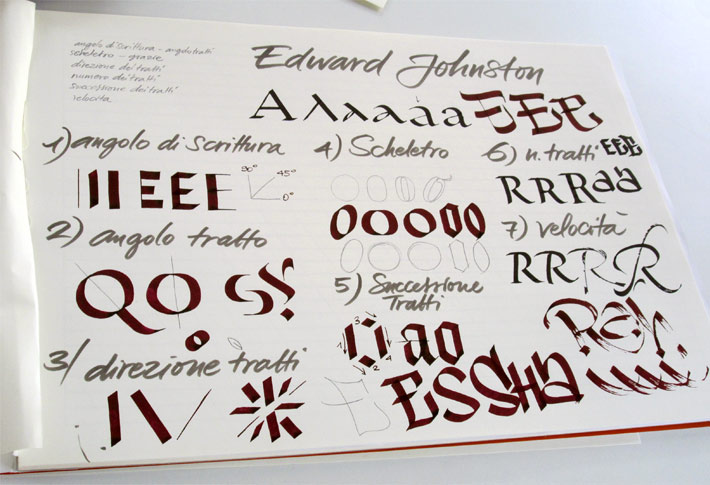 A dozen participants, different age, careful and diligent, the opposite of my old high school classmates! 😀
I have to say that this meeting has served me a lot, not just to learn how to write better, (because it takes time and a lot of dedication), but to make me think about certain aspects of my life, of my character, with adjacent plunge dive with twist in the past.
I realized first that “Gaia”, my favorite college professor of art, has always had reason to remember, for about ten years, because it was stupid not to attend courses in calligraphy. 🙂
I know I made a little too happy … Better late than never, right? 😀
It was also useful to demolish in a thousand pieces my ego cazzutissimo. When six for many years “the best” (I do not speak of calligraphy) among the people and situations that you around and at some point get someone who “SABINA”, it shows you something sublime, you’ve always dreamed of doing and inside you think: “Holy shit, this is light years ahead of me, I can’t ever reach a level like that”: is a cool. It’s the comparison you crave for some time, that makes you feel the worst merde awhile but then makes one can enjoy the taste of adrenaline and desire to roll up your sleeves and ributtarti body and soul in a new direction, that you were looking for for a long time, but that little intravedevi nitida in the distance.
I rekindled the flame of passion. I reviewed by shaven, kidnapped by something new that I didn’t know and didn’t understand it but I, kidnapping in all directions, with that inner voice that screamed: “you must do it yourself, this is the stuff you need to do!”
I found many similarities between the experiences of Luke and my obviously at different levels. This, on the one hand, I was reassured that I chose well chasing my instincts of passion, even when everyone told me I was throwing away my time.
Not that I need special reassurances, though it’s nice to see that some “circles close”. When Chase what you do not know where to take you, whether it will be good or will prove to be a disaster, it takes a bit of insanity in being what it is. .. Then over time, you experience strange coincidences, you have some confirmations, of satisfaction, then you understand that you are on the right track.
When you compare humans, with more experienced and capable people, can you a bit to grasp what must be the next step. Ironically, the right people can make you see your future.
Dulcis in fundo, I put more in focus that calligraphy is not only have good skills but is almost a philosophy of life (according to my personal interpretation).
The long “hated” discipline. Everything makes sense, there are rules, which you must then make your collide in a certain way. What you do, reflects who you are, writing you decide what you want to do, as in life you decide who you want to be. Nothing is left to chance, or nearly so.
Maybe I’ll become a professional calligrapher, maybe tomorrow I’ll stop doing illustrations and graphics and I’ll open a vegetarian fast food or I’ll become a famous actor of fiction about police. 🙂
However all these notions and thoughts I need, so I am more than satisfied! 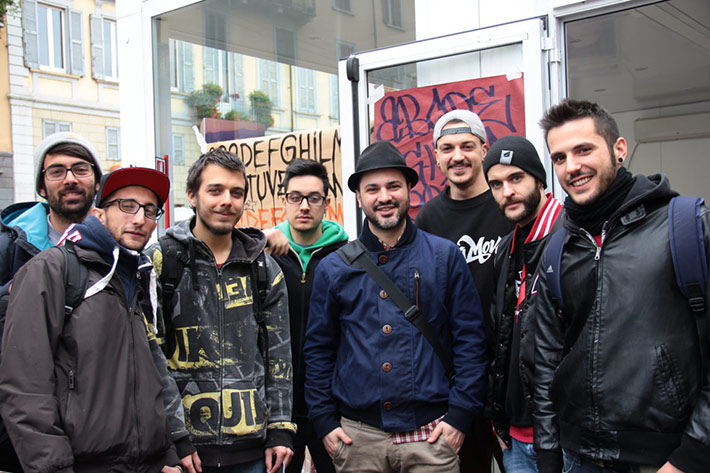 I Forgot … I dusted off the small fan that’s in me, and I did make the autograph “! 🙂
Sometimes it is good to let go and not take too seriously. If it’s worth it.
Now go to sleep, I think I have done enough typing errors. 😀
Peace. 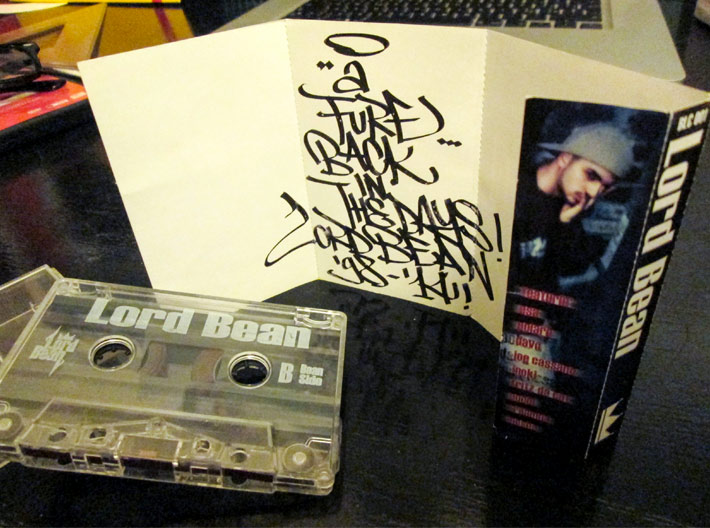