January 8, 2016, died an icon of international music: David Bowie.
Eccentric, visionary and innovator, “The Thin White Duke” has spanned five decades of rock music, reinventing excellently his style and image becoming an immortal legend of all time.
This is my personal tribute to this great star. 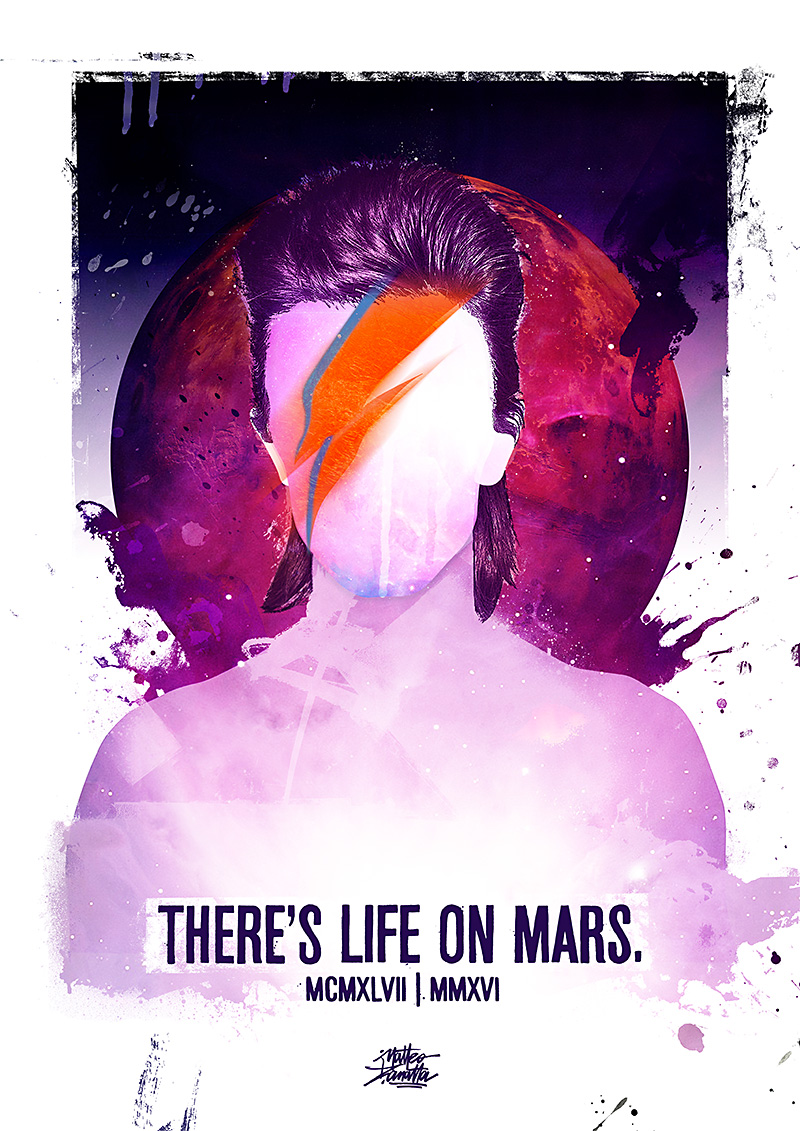 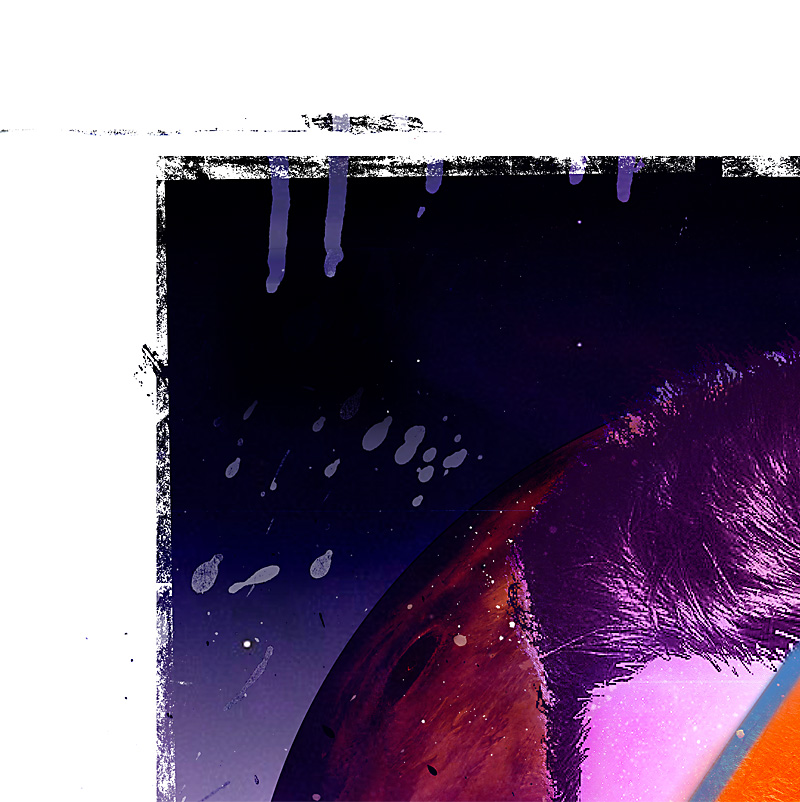 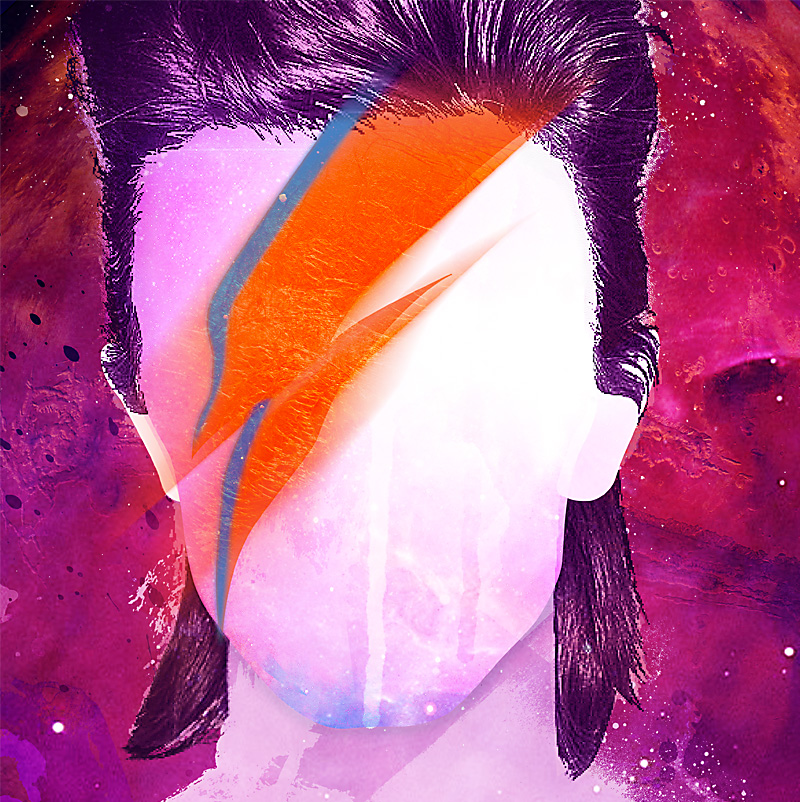 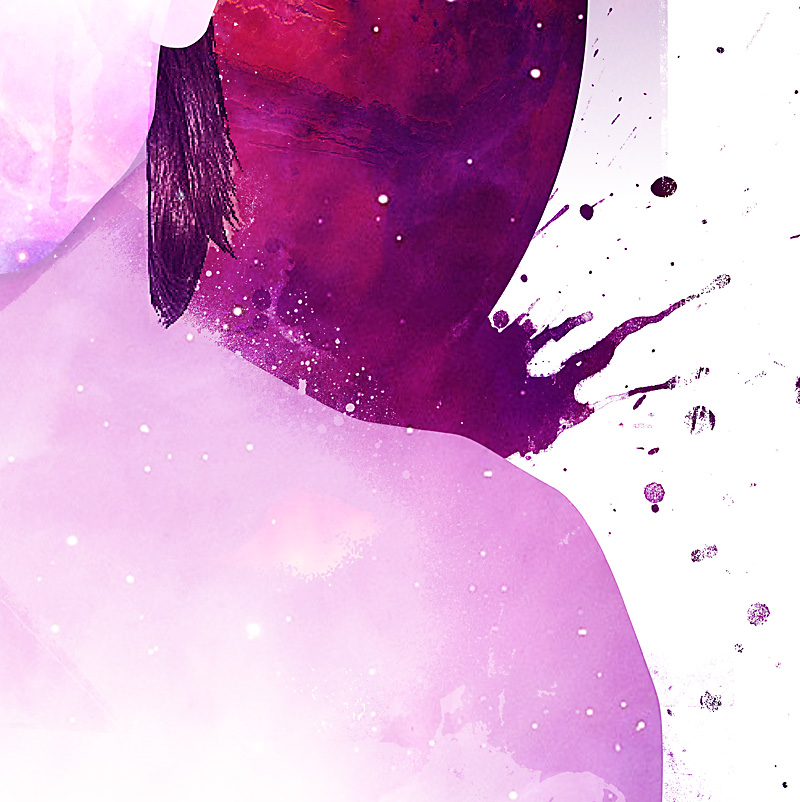 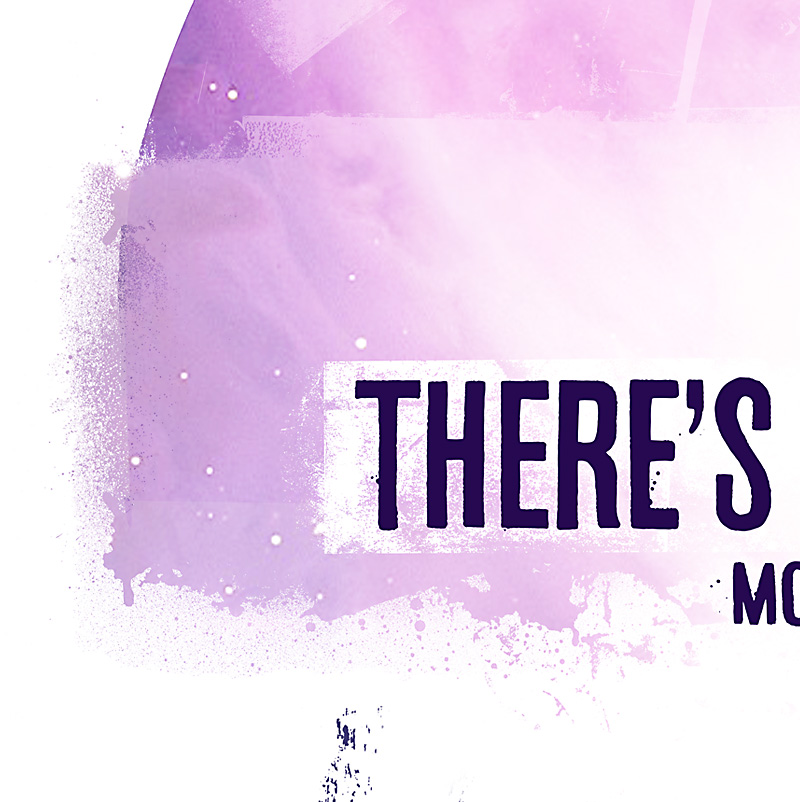 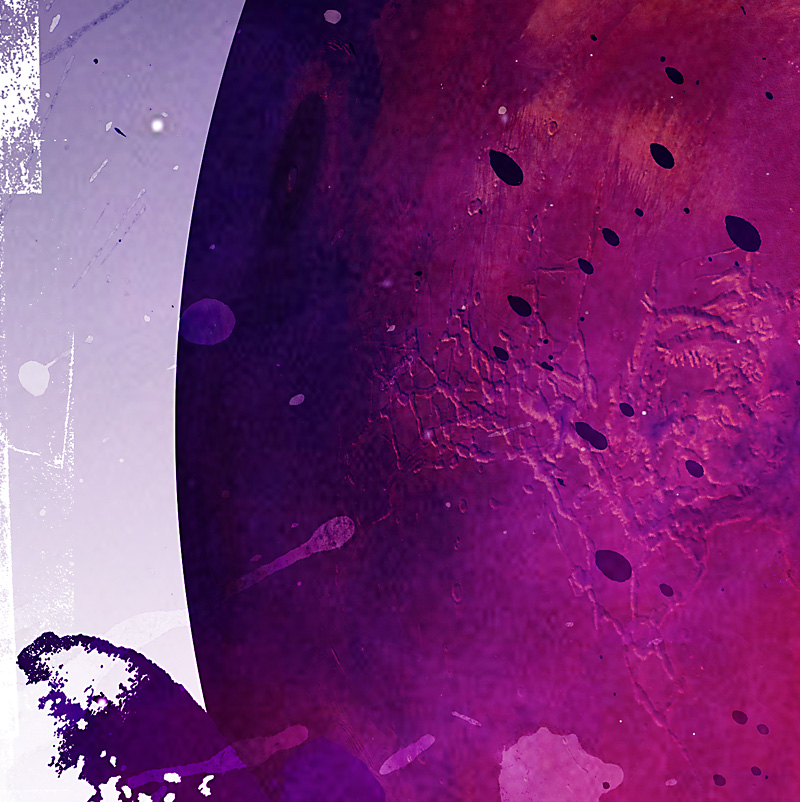 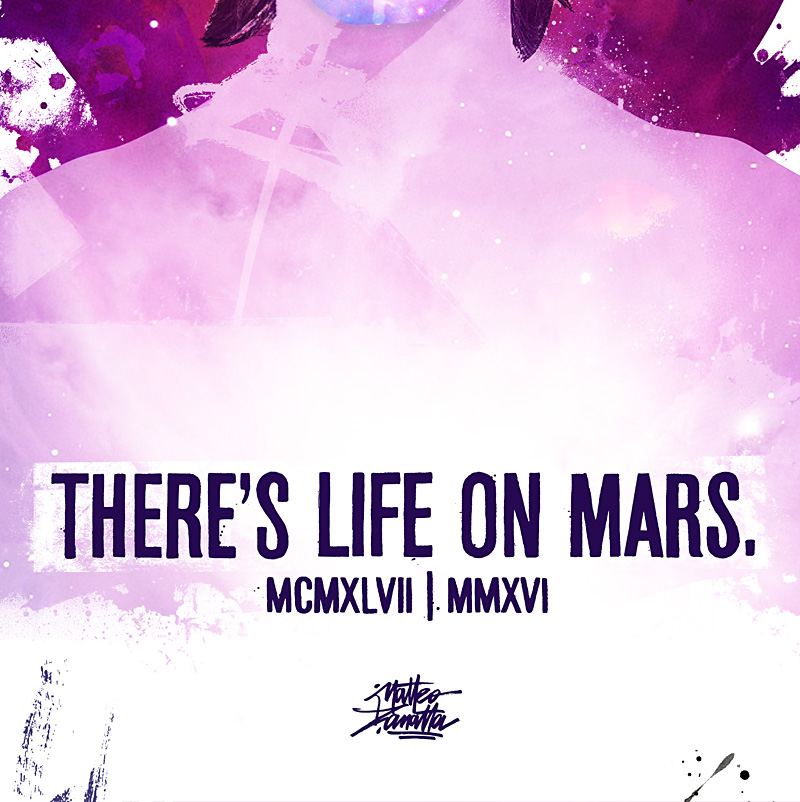 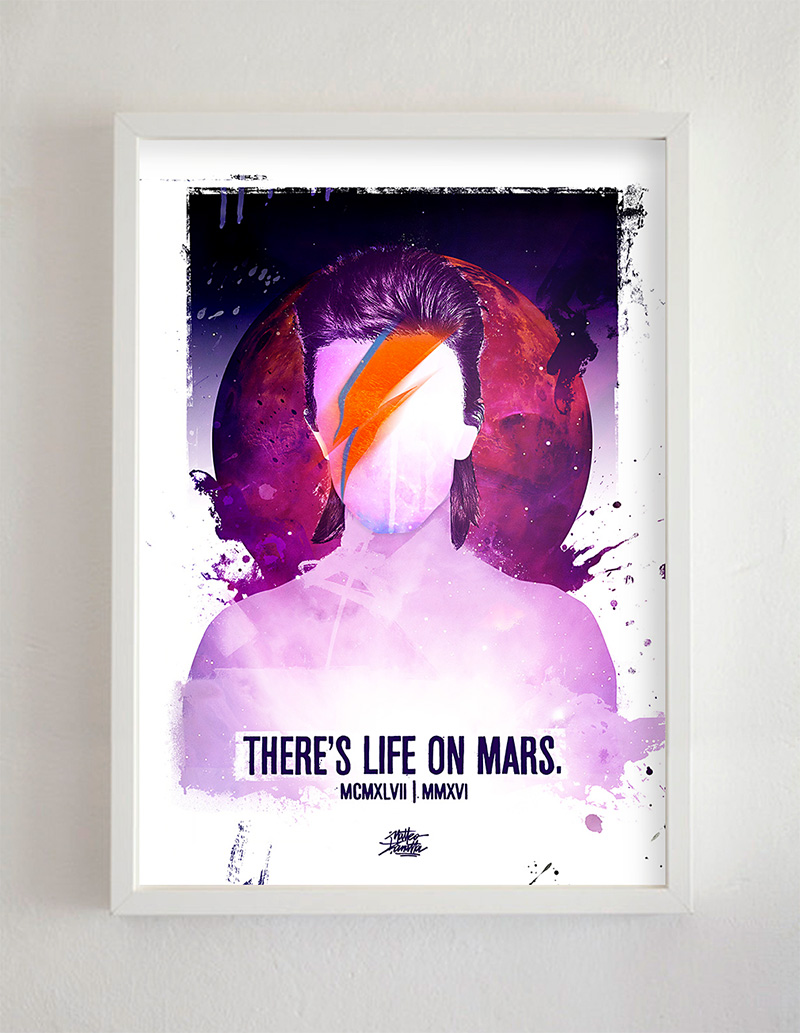 CONCEPT
I was inspired by the cover of Aladdin Sane, Bowie album that came out to RCA in 1973.
When you think of the Thin White Duke, can not come up with this cover; The photo of Brian Duffy, shows the artist’s naked body, with lightning painted on the face by Pierre La Roche, the makeup artist staff of Bowie, in this image became an icon, the artist makes it seem an alien, a cyborg asexual seems out by the best science fiction films of the 70s / 80s.
This picture has always fascinated me, as well as the title of the disc itself.
The title is actually a play on words: healthy Aladdin (Aladdin sane) becomes A lad insane (a crazy guy).
I love the story of Aladdin, a poor young man who after finding the magic lamp, become rich, she marries a princess and defeat the evil wizard; I find that the tale can be a metaphor for the life of all those who find themselves in the midst of a thousand vicissitudes of life and do your own talent and treasure their trump card to build their own success.
I see myself also in the concept of “boy crazy”, because I find that a bit ‘of madness is necessary in life, which is nothing but the courage to get out of the rules imposed by the flock, which limit the potential of the individual, the creativity of everyone . 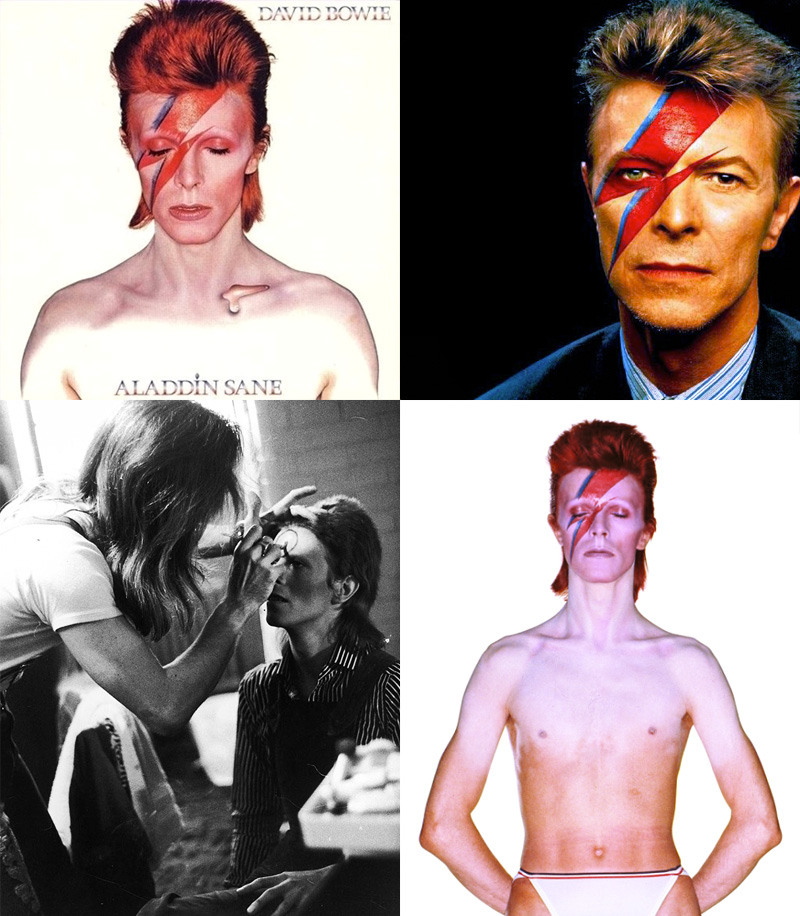 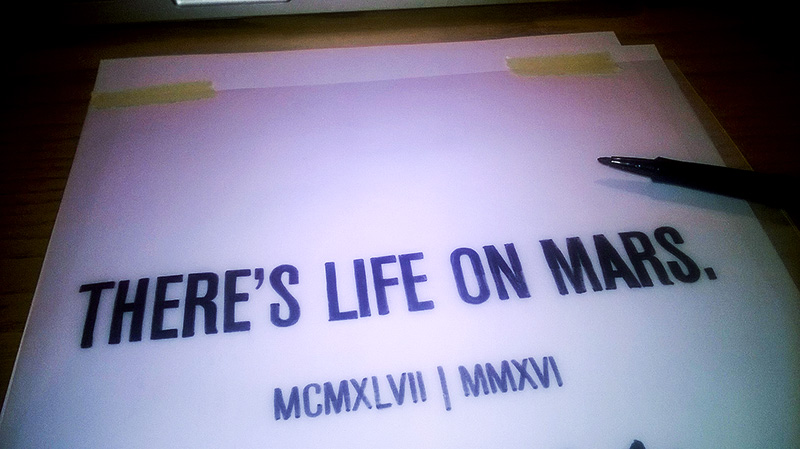 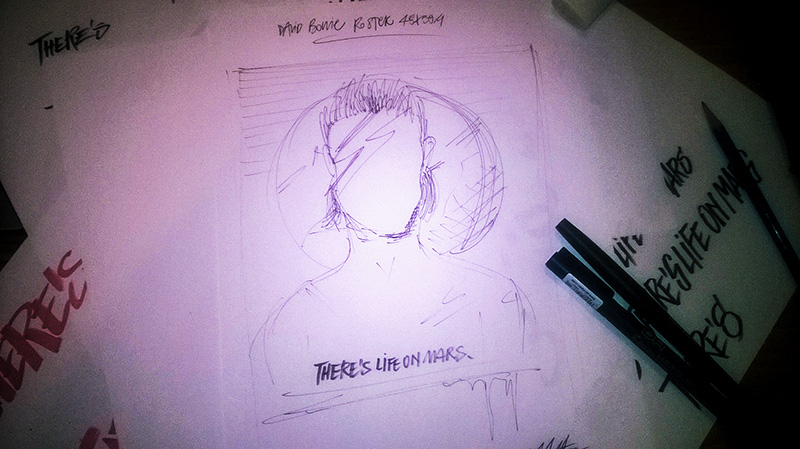 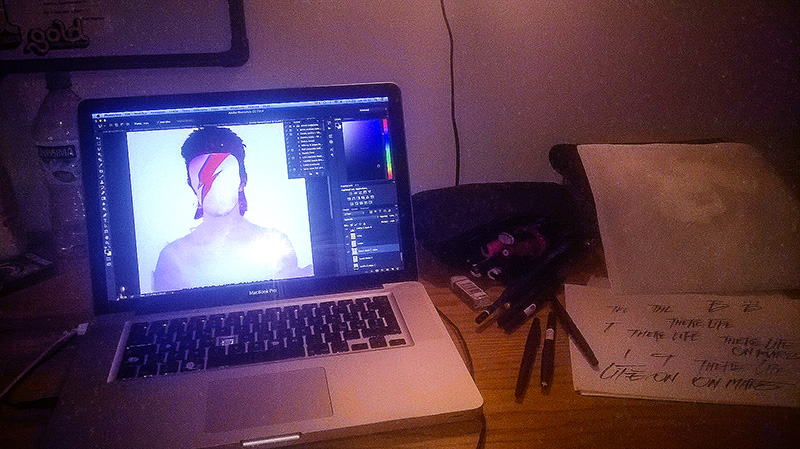 For me, art is not a thing of this world, then I consider each artist a kind of alien; David Bowie, in its uniqueness to 360°, was a Martian came to earth to color the walls of our existence and then shoot them down, leaving the ground only a powder rainbow.
It is no coincidence that one of the songs icon Bowie, is “Life On Mars?”, Contained in his fourth album “Hunky Dory”, 1971.
This was another source of inspiration in the creation of the press.
Finally the title, “There’s Life On Mars”, is really an answer to the question of the title song, “Yes, for me there is life on Mars.”
Now that the Thin White Duke is gone physically here, I’m sure will be in space, will be returned home, the planet came from here.
Good bye Martian!