Beck’s UNacademy is a project outside the box by Beck’s launched in February 2015, dedicated to all young talented in music, photography, video making and urban art.
Through an online platform, where more than 150 artists were able to showcase their talent, were chosen for the best part of five best crew (or an artist collective to 360 degrees), presented Monday, April 13, 2015 during the Beck’s Unacademy Night, at Fabrique in Milan.
Leading the evening and the announcement of the winners, who took the stage for short interviews, an important figure of the Italian radio: Nikki di Radio Deejay. Highlight of the night: the performance of Beck’s Special Crew, tutors of exception that have accompanied the participants in this adventure, divided by category: Subsonica, Emis Killa, Saturnino, Coez, Levante e Dario Giovannini for music. Matteo Zoppellaro for photography. Younuts for videos. And Pao for urban art.
The “Professor” who supported the unconventional artists during their performances, supporting them during the practice session to prepare them for the best final performance, throughout the summer in Milan.
From Sunday, June 21, 2015 and for the fifth consecutive Sundays in fact, it took turns on the stage of exclusive floating barge, on the Naviglio Grande in the heart of Milan, the live performances of the crew.

They talked about it: Radio Deejay, Rolling Stone, La Stampa, Elle, and many others…

The brief asks you to do something “urban” that would integrate within the first day live Beck’s.
I developed a digital illustration of impact, using a mix of software and parts made by hand and then scanned. 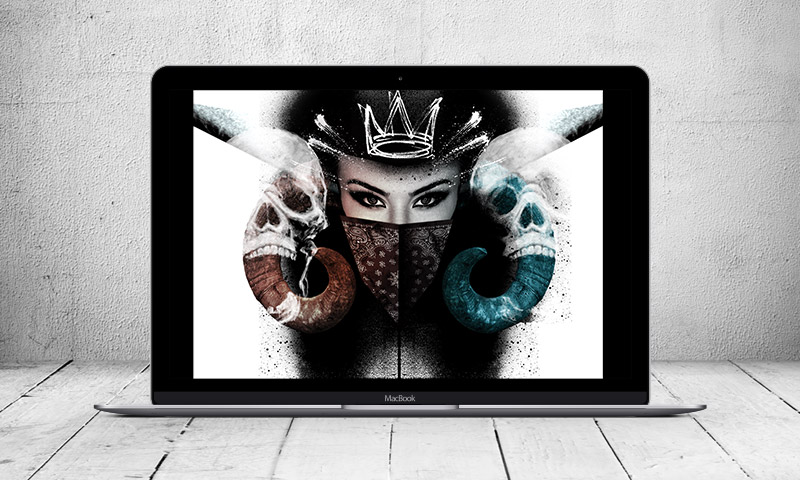 In addition to simply work from exposure, however, one of my goals was the interaction with the public and the environment. I was fascinated by the idea of creating a show, be an active part in the work, as a solo in a song.
Another goal should be to leave an imprint that represents me, who mingled the various influences that have shaped my profession.
Since my artistic career started from the street, then it developed through the digital, this time I wanted to choose to do the opposite process: bring the digital elements in the form of “street art” but showing all sides of who I am now. 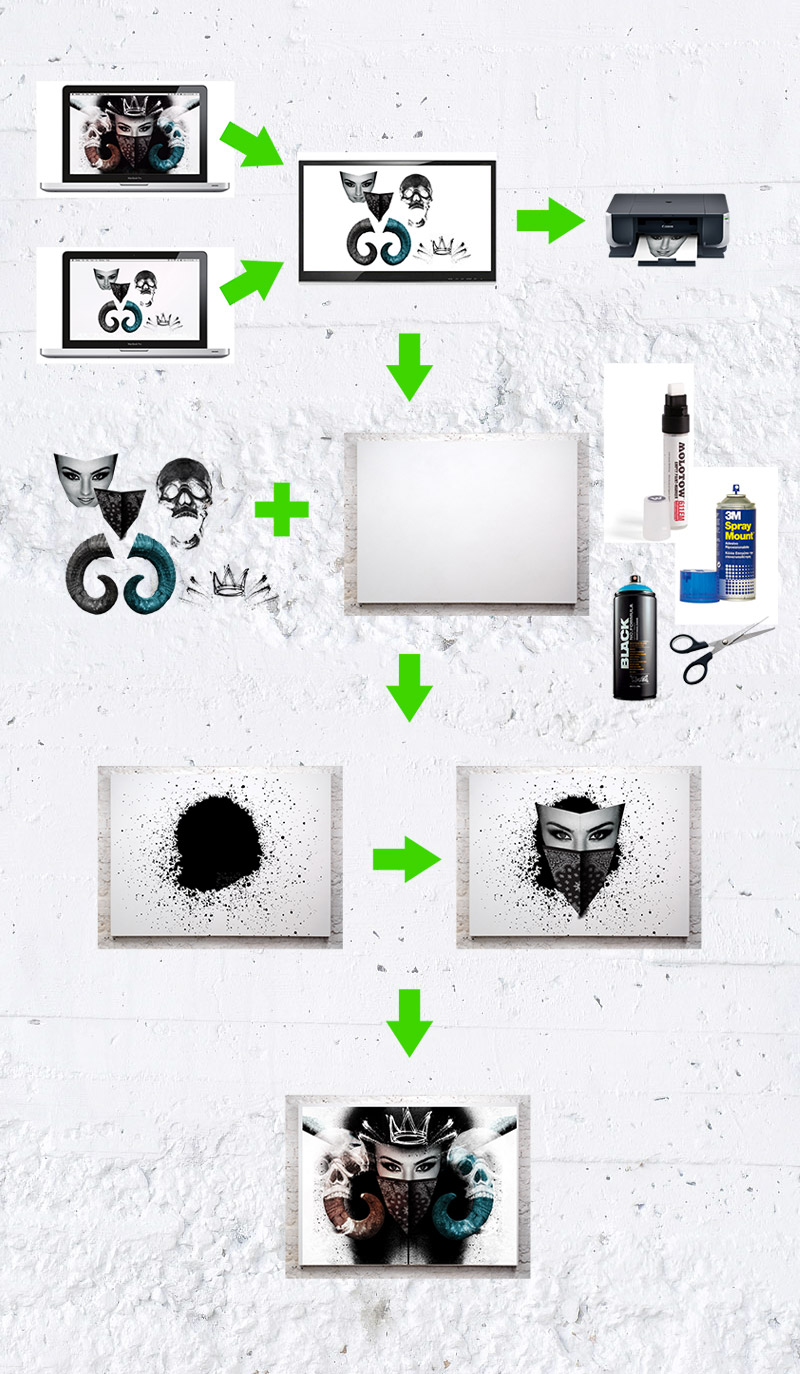 Sketched the concept are then passed to the preparation of the material.
I have broken down the main elements of the image, I printed, cut out and I prepared to spray on the basis of a panel PVC. 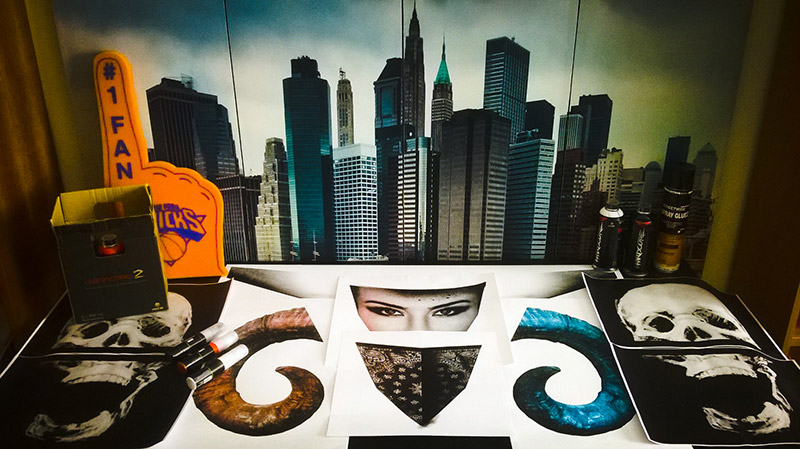 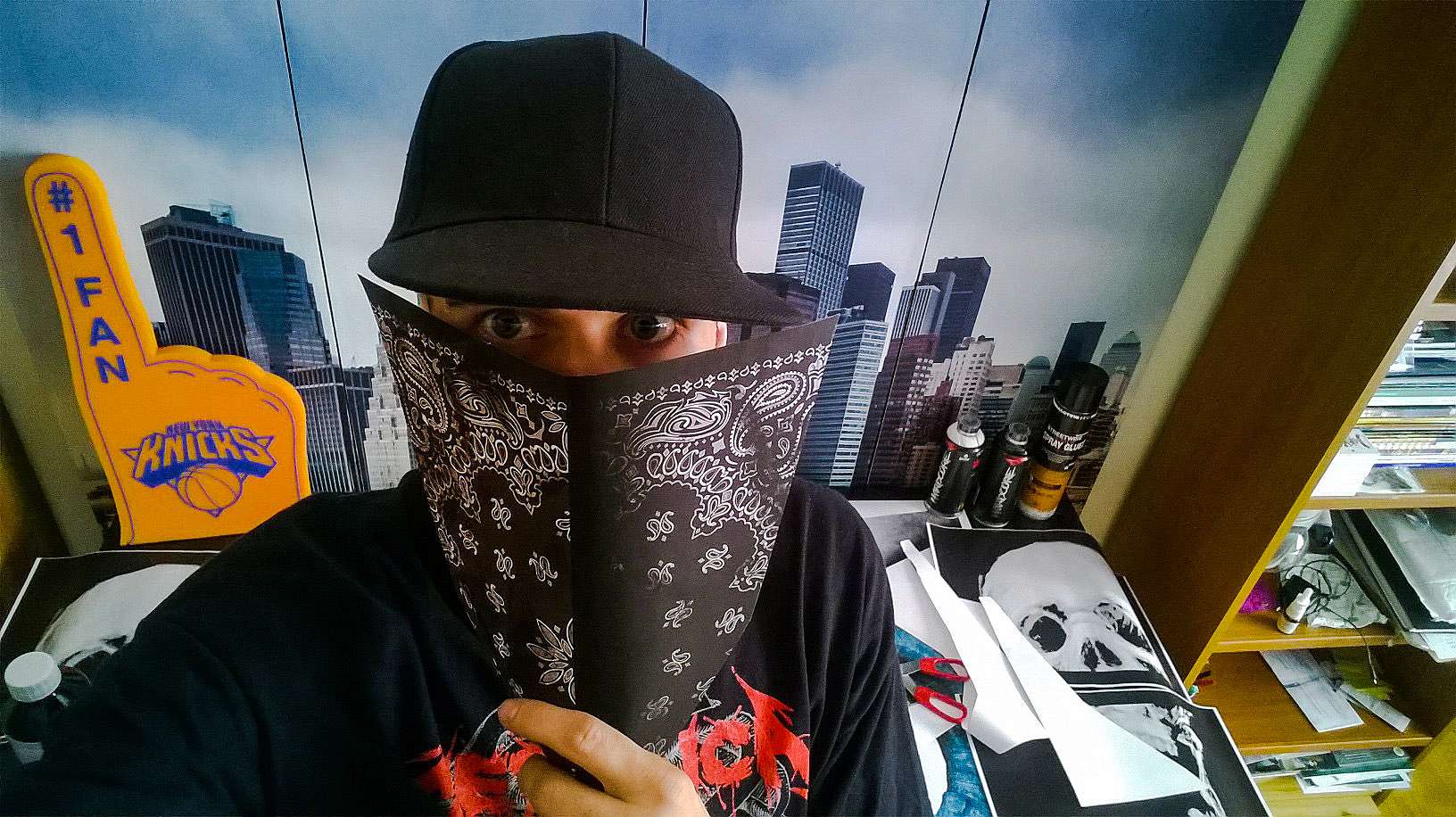 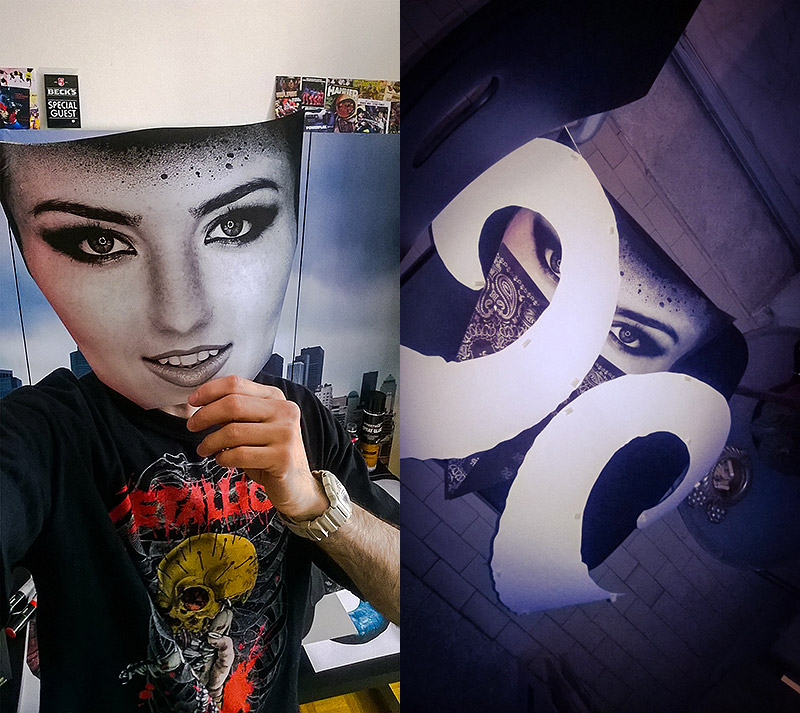 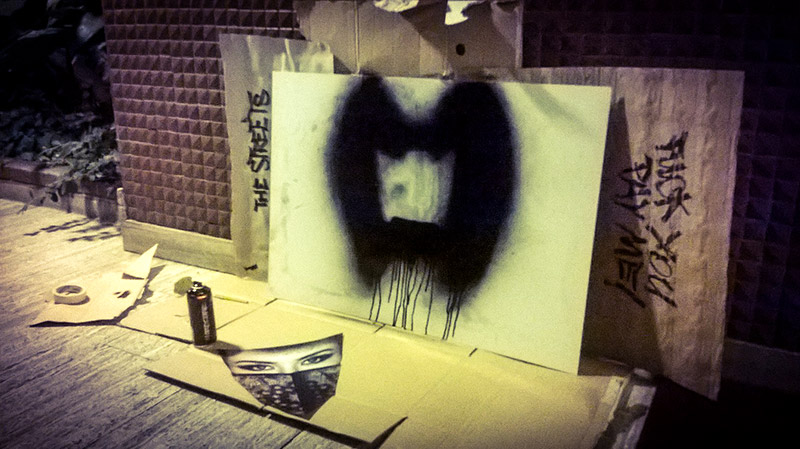 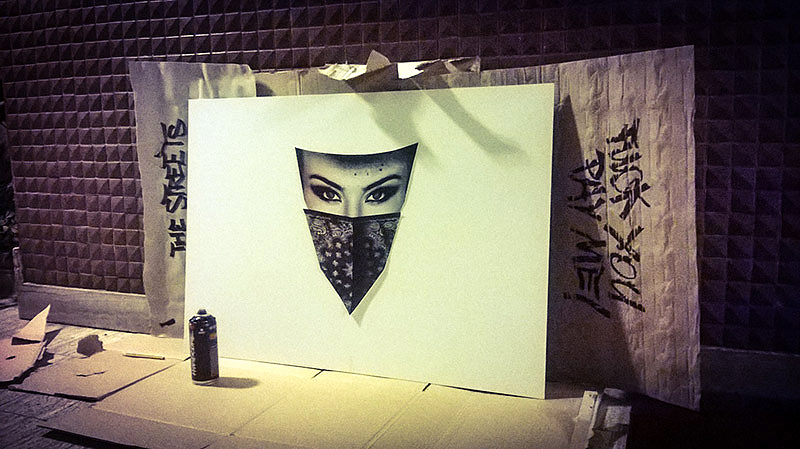 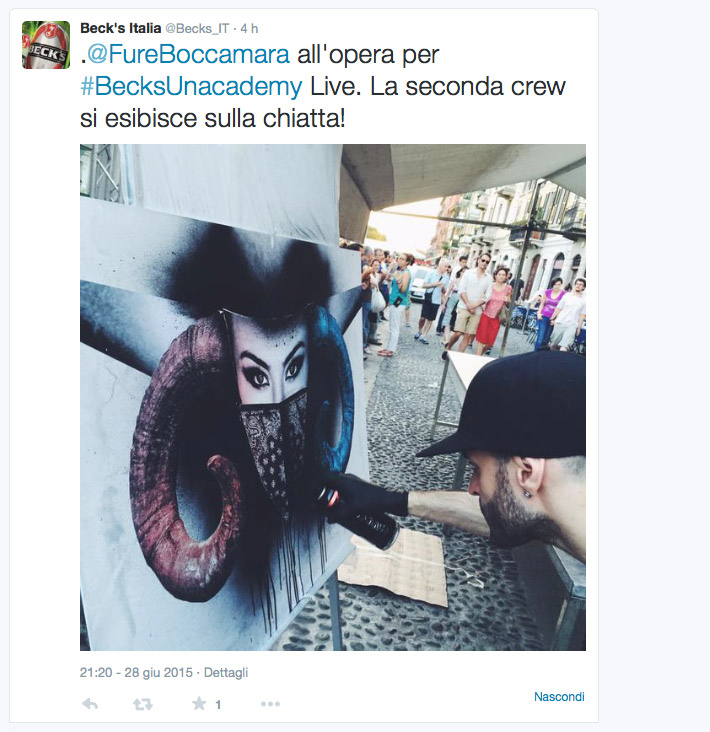 The last step to complete the work was finally the live performance, Sunday, June 28 on the Naviglio Grande in Milan. Graphic design, street art, graffiti, calligraphy, mixed together gave birth to “Fuck You Pay Me!” 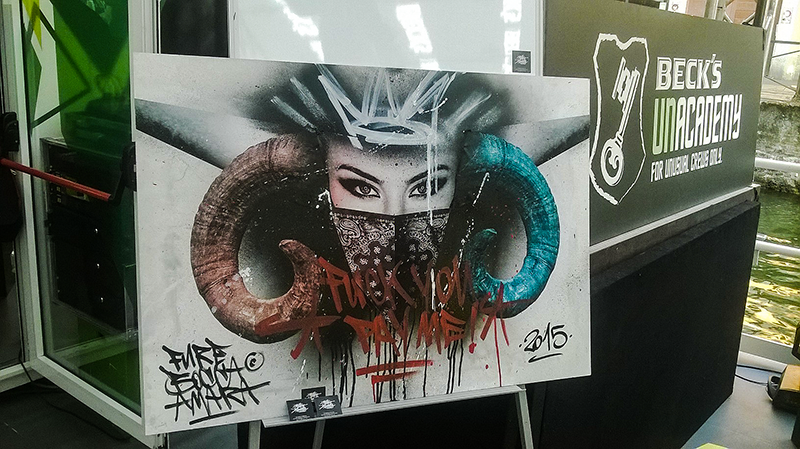